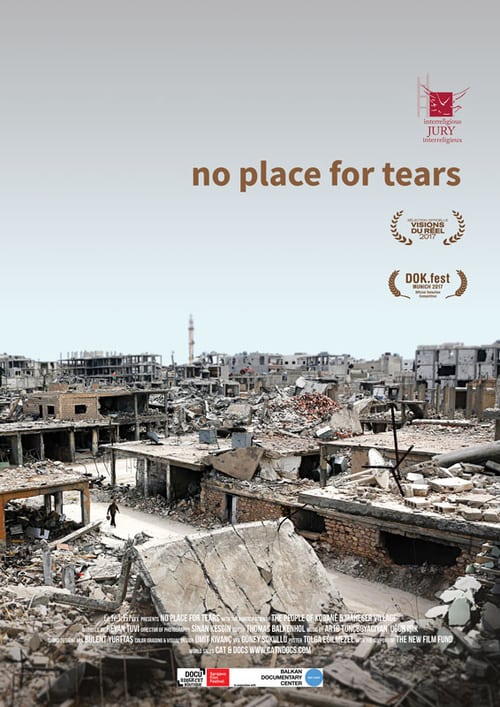 No Place for Tears

Due to the war that has laid waste on Syria, the Kurdish city of Kobane, located in the Rojava region, at the frontier with Turkey, has been under the siege of Daesh militias (the so-called Isis). Equipped with heavy artillery, the terrorists shelled the city and cut it off from the rest of the world. After four months of relentless fighting, Kobane was won back by the Kurdish YPG (an acronym whose translation means People’s Protection Units). While the fight was raging on, many people sought sanctuary over the border in Turkey. Across the border, people were watching in horror as the war unfolded but managed also to forge bonds of solidarity with those fleeing from Kobane. “No Place for Tears” is a powerful testimony to the valour of the Kurdish people in Kobane and the courage of the villagers of Maheser who sheltered their neighbours from the war.