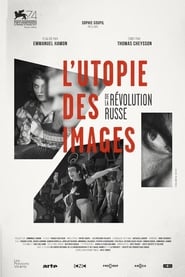 The Soviet Revolution Told Through its Cinema

The two decades following the Russian revolution are marked by a gang of young people who profoundly influenced Russian Cinema. This artistic revolution was led by directors, actors, technicians and poets. They are the characters and voices of our film. The Soviet Actress, Ada Voistik, and its camrades tell us the story of this unique period, through the images of soviet fic-tional works produced between 1917 and 1934. We can thus catch a glimpse of their fight for a new society, where creative freedom was of utmost im-portance. A utopia which will be brought down by an authoritarian power impacting cinema as much as the rest of society.

Original title The Soviet Revolution Told Through its Cinema